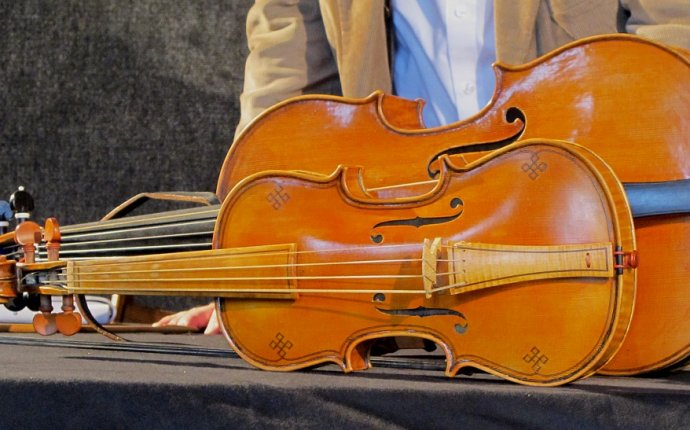 What instruments are used in Baroque music?

The Baroque Period in music is dated from 1600-1750. The Baroque Period followed the Renaissance Period and preceded the Classical Period. There were many influential composers during this period, and there were vast changes in the form and purpose of music during this time. This site is designed will describe the instruments of the Baroque Era, the style and musical forms, as well as provide you with musical examples and pictures.

Throughout the Baroque period there were many transformations occurring in society, culture, and music.

The importance of church was diminishing and music was changing to beplayed predominately in the chamber setting as well as for theater performances. The first public music concert was held in 1725. The new melodic style of this time was monody, which is a concept that came out of the in 1600. The purpose of Baroque music was developing to include affect in pieces. Through these changes, Baroque instruments and form changed as well in which led into the Classical period.

Below is a list of instruments played during the Baroque Period that have had major influences on compositions, and the innovations and developments of instruments that led into the Classical Period.

There are several types of Harpsichords that are listed below.

The Virginal has a rectangular shaped case, and was the most common harpsichord of the Baroque Era. The Spinet has a winged shaped case. Both of these harpsichords are string with single strings, rather than the Clavicytherium, which has double strings and is vertically strung (looks like an upright piano)The harpsichords produce sound by being plucked.

For a reference on the mechanisms of the harpsichord, click on the "picture" tab below.

Clavichords produce sound by striking metal or iron strings with a small metal blade or hammer. They are not loud enough for performances, and are mostly used for playing in the home or chamber setting.

For a picture of the clavichord, click on the "picture" tab below.

The lute usually has 2 pegboxes. The lute is a plucked string instrument with a deep round back and can be fretted or not. The Baroque lute was usually tuned in D minor, although the keys of pieces were not yet established in writing. The bass strings were placed outside the fretboard, and eventually because of the basso continuo of the Baroque Period, lutes were replaced with the harpsichord.

To hear an example of a lute piece, click on the "musical example" tab below.

The original viol had moveable frets and more than six strings. The viol has a much softer sound than a violin, and was the primary string instrument of the Renaissance Period. The viol da gamba is the lowest in pitch, and is similar to today's cello. The viola da braccio is a tenor member of the viol family, braccio meaning arm in Italian which indicated that the instrument was played on the arm or under the chin. For a detailed chart, please click on the link to see the differences and similarities.

To hear an example of lute music, click on the "musical example" tab below.

The Rise of the Violin 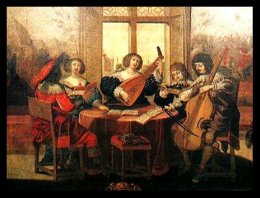 History of Baroque Instruments retrieved from