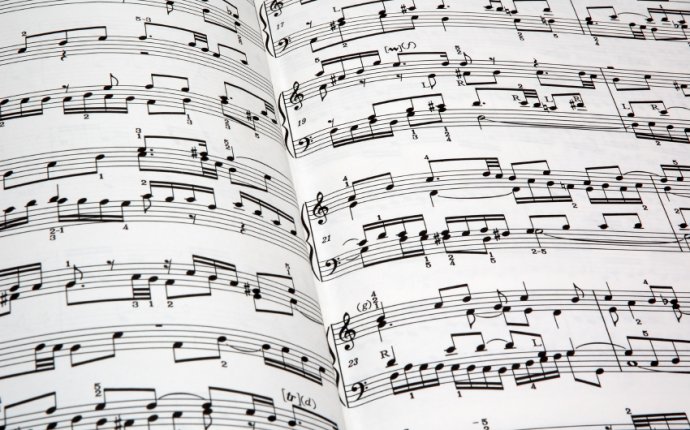 The Baroque Era began at the end of the 16th century and lasted to about 1750. This era reflects a period of time when great changes occurred in music and culture. The Baroque era artistically bridged the gap between the spiritually pure music of the renaissance era and the formalized music of the classical era. The music of the early baroque was composed in a style that was very similar the music of the renaissance era. The baroque era culminated with the exalted music of J.S. Bach, whose three sons were among the first exponents of the new music of the classical era: the era that followed the baroque. The Bach sons greatly influenced classical-era composers Haydn and Mozart.

The baroque style of music represented a complete departure from that of the renaissance era. Sacred music during the renaissance period was sung in the a cappella choral style that was its trademark. If instruments were used at all, they simply copied the parts sung by the choirs instead of introducing separate melodies. In the baroque era, however, instruments gained a place of their own in sacred as well as secular music. Another innovation of the baroque era was the introduction of a solo style. In the renaissance period, all sacred music was performed by choirs; in the baroque, individual parts were assigned to soloists. To backup the singing by these soloists, the concept of the thoroughbass (baso continuo or figured bass) was introduced. This technique allowed a bass part to be assigned to the music, and chords were designated for improvisation above the bass part. Opera first appeared in the early baroque era. The introduction of opera with its solo singing helped form the baroque style, and this style was introduced into the sacred music. Thus the sacred music of the baroque era was composed in a more secular style than was the lofty, celestial choir music of the renaissance.

Among the early composers of the baroque era were two outstanding figures: Giovanni Gabrieli (c1557-1612) and Claudio Monteverdi (1567-1643). Gabrieli was an organist at Saint Mark's Cathedral in Venice, Italy. There he wrote compositions for two or more choirs. A number of these are masterpieces of great music, for example his O Magnum mysterium, the Plaudite Psalite, and the beautiful In Ecclesiis. Gabrieli composed a number of masses, but only sections of these works have survived. These mass movements, however, are profound, moving compositions that must have transformed listeners experiencing the music sung by three distinct choirs from the lofts of Saint Mark's in Venice.

It was a very great composer, Claudio Monteverdi (1567-1643), who really ushered in the baroque era. Monteverdi wrote the first operas of the baroque period, but he was a master of many forms of music. A great number of his compositions rank as masterpieces. Monteverdi was the concert master and conductor at Saint Mark's Cathedral in Venice. There, he wrote a number of fine sacred works in a style so refreshing, so new, that he literally breathed new life into the times. He excelled in the composition of both secular and sacred music. His operas rank as some of the finest every written. Listen to what Musicologist Paul Henry Lang has to say about Monteverdi's operas in his book Music in Western Civilization:

He then wrote his last great operas, which, judging from the two that were preserved, Il Ritorno d'Ulisse and L'Incoronazione di Poppea, were veritable miracles of dramatic portrayal and artistic rendering of the most profound and moving human problems. Poppea has recently been restored to the repertory of some European theaters. With the passionate accents of its music and the wide arches of its freely flowing melodies, it stands alone in the operatic literature; only the falstaff of the seventy-nine-year-old Verdi is comparable, both in its tragic disillusionment and in its bewitching poetry, to Monteverdi's Poppea, composed at the age of seventy-five.

Monteverdi also published a series of eight books of madrigals. The madrigals of the eighth book, Songs of Love and War, are the finest madrigals ever written.

Another development of the baroque era was the string chamber orchestra that flourished during the time of the great violin maker, Stradivari. Violin playing had became an art, and the string orchestras of the Italian baroque reached a great height of skill in the early 1700s. The body of work written for string orchestra during this period contains a treasure trove of beautiful and magnificent music. Arcangelo Corelli (1653-1713) perfected the type of composition known as the concerto grosso, and many composers wrote stunningly beautiful compositions using this form. Other fine composers of the Italian string school were Giuseppe Torelli(1658-1709), Pietro Locatelli (1695-1764), Francesco Manfredini (1684-1762), Tomaso Albinoni (1671-1750), Francesco Geminiani (1687-1782) and Antonio Vivaldi (c.1676-1741).

@logical fal'cie 🏗️: I'm not going to be super strict about how I will do the challenge, except that it's either Baroque or derived from Baroque music.

@jsdtweets There is something very soothing and reassuring about Corelli and Baroque composers. Good Sunday morning music.

@brightsuzaku I'd assume theres like "Fugue No. 2 in D-Minor" or something for Day 2 (I don't know anything about baroque music)