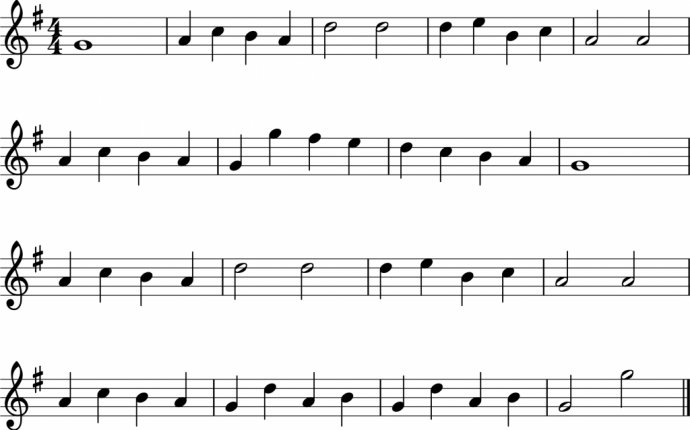 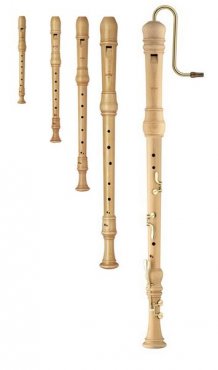 During the late seventeenth century the recorder was completely redesigned for use as a solo instrument. Where previously it had been made in one or two pieces it was now made in three allowing for more accurate boring. It was given a more pronounced taper than ever before and had a fully chromatic range of two octaves and ultimately two octaves and a fifth. It was voiced to produce an intense, reedy and penetrating tone of considerable carrying power and expressiveness. Many splendid original examples of such instruments survive today in playing condition.

Consort of baroque recorders by Moeck, after Jean Hyacinth-Joseph Rottenburgh

These baroque recorders are admirably suited to the performance of chamber music and even concertos. In this form the recorder survived as a professional instrument late into the eighteenth century and as an amateur instrument some way into the nineteenth century until it was temporarily and briefly eclipsed by the flute.

Rampe and Zapf (1997) claim to have resolved the problem of Bach’s Fiauti d’echo called for in Brandenburg Concerto 4, BWV 1049. They argue that the ‘echo flute; comprised a pair of recorders in f’ joined together in some way, each with different bore and voicing and thus with different tonal characteristics. An example of what may have been just such an instrument, in which to recorders are joined by a frame at head and foot, survives at the Grassi Museum für Musikinstrumente, Leipzig, made by an anonymous Saxon maker. However, this example comprises two soprano recorders in d’ and is hence unsuitable for Bach’s composition.

Two recent attempts to recreate the effect of echo flutes are worthy of mention here. The first, featuring Dutch recorder players Hanneke van Proosdij and Andrew Levy makes use of alto echo flutes constructed along the lines of the Grassi Museum instrument.

Following the researches of Lorenzo Alpert (n.d.), the second recording is by Concerto Köln and features recorder players Cordula Breuer and Wolfgang Dey playing echo flutes constructed by contemporary Swiss wind-instrument maker Andreas Schöni which are ostensibly double recorders of the kind depicted prominently in Christoph Weigel’s engraving Der Pfeiffenmacher (Regensburg 1698). Double recorder by Andreas SchöniHowever, Schöni’s reconstruction appears to have a number of novel features absent from Weigel’s engraving and from surviving historical originals, namely (1) both pipes of equal length, (2) a sort of mute on the left-hand window/labium, and (3) a raised hole for the little finger of the lowermost hand on one of the bores. A number of flûtes d’accord (double duct-flutes) survive from the 17th and 18th centuries. They come in various forms and only some of them can be said to be double recorders. Of the latter, all have one pipe shorter than the other to facilitate playing in thirds and are thus not at all suitable for Bach’s Fourth Brandenburg Concerto. A few examples will suffice to illustrate the variation found among them:

Candidly, I am of the view that the reconstructed ‘echo flutes’ featured in the above performances are as fanciful as the so-called “Bach” trumpet and the “Bach” bow. Whilst both of the performances on reconstructed echo flutes are splendid, the actual ‘echoes’ provided by the novel instruments employed sound less than convincing to my ears, not that it matters. Surely, the echoes are quite obviously built into the music itself in that when they are required (notably in the second movement) the accompanying strings are tacit. Thus, it remains a possibility that Bach’s call for fiauti d’echo was gestural rather than proscriptive. Significantly, when he later recast this work as the Concerto for harpsichord in F major BWV 1057, Bach called simply for ‘due fiauti a bec‘ (two recorders). Furthermore, it seems unlikely that anyone would go to the bother of constructing let alone playing such a cumbersome new instrument when superior echo effects could be achieved more simply and cheaply by employing off-stage players of conventional instruments for the echoes. To my mind, the employment of doubled instruments smacks strongly of the theatrical stage and, if they were ever employed by Bach at all, it was perhaps their appearance rather than their musical functionality that was important.

According to Robinson (2003), the sole preserved piece in which the basset recorder plays either a solo or a concertante part is Carl Phillip Emanuel Bach’s Trio in F major for basset recorder, viola or bassoon, and basso continuo H 588 (1755). That Bach did intend a basset recorder is proved by his own comment on a piece of paper pasted in the manuscript: “The basset recorder goes from f to c 2 ; F major, C major, and G major are the most comfortable keys for it” (Hofmann 1992). Robinson further notes that there is also a mention, in an auction catalogue 1789, of a similar, but lost, trio by Carl Heinrich Graun for violin, cello or flauto basso, and bass. The latter work was the subject of a reconstruction by Hofmann (loc. cit.) It is, of course, possible that sonatas for alto recorder (or bassoon, or any other instrument) were played on the basset recorder, but there is no historical evidence for this practice.

A basset recorder made by I. T. Weigel of Wrocław in the 1730s can be found amongst the collection of musical instruments at the Pauline monastery of Jasna Góra, Poland. This recorder was listed in the Jasna Góra ensemble inventories until the 1860s and the long use of the instrument in the monastery ensemble has hitherto remained something of a mystery. Madry and Frankowski (2012) report the existence of a piece by composer Franciszek Perneckher (m. 1769) entitled:

The piece is an example of a Christmas composition of a three-movement structure and is the only documented and known vocal-instrumental composition with a concertante part for the bass recorder. In the outer sections of the compositions, the bass recorder is restricted to doubling the basso continuo with occasional variant changes. This is interesting for the apparent novelty of a bass recorder playing the part of the basso continuo in a piece without the recorder consort. The composition’s focal point is its middle movement which features an aria for bass voice, accompanied by a flute trio (two transverse flutes and bass recorder) acting as concertino group.