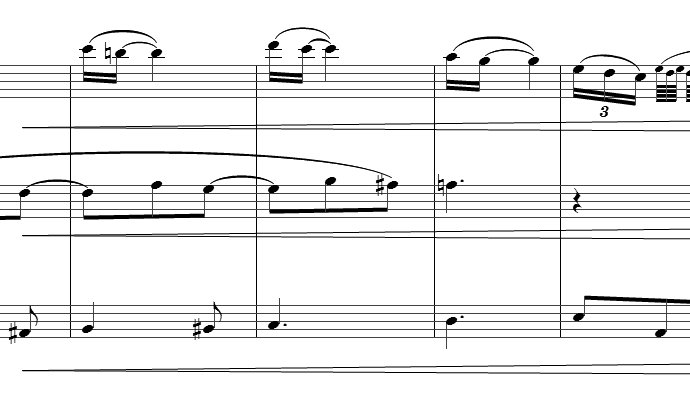 The earliest pianos were called "fortepianos" because they could be played loudly (forte) and softly (piano). Over the years the instrument has matured and developed and the terminology has developed with it, so that in modern lingo we call it the pianoforte, usually abbreviated to just piano.

The Piano is Born in the Baroque Period

During the Baroque period, which lasted from 1600 to 1750, art, architecture and music shared some common features. These included a gradual shift from sacred to secular music, elaborate and ornamental decoration, and a new sense of drama. As far as music was concerned, these characteristics showed themselves in highly stylized keyboard writing and the use of contrapuntal textures.

Composers at the time were faced with a problem. Every other instrument, such as violin, trumpet, flute or even kettledrums, had the potential to go from soft to loud and vice versa. Keyboard instruments, however, could not. Harpsichords were often equipped with two rows of keys or manuals, one producing soft notes and one producing loud notes, but moving between the two extremes was impossible. So what was to be done?

To solve the problem, an Italian instrument maker named Bartolomeo Cristofori took up the challenge (see my Hub on Why the Piano was Invented). He designed a keyboard instrument that looked a lot like a harpsichord but worked in a different way. The strings were now struck with hammers rather than being plucked with pieces of leather.

When strings are plucked the performer has no control over the resulting sound. Striking them with a hammer, however, gives the performer total control. It's a simple idea, but one that revolutionized the world of keyboard music for the last 400 years, since approximately 1700.

Did the Piano Catch On?

Two of the most important composers of keyboard music at this time were J.S. Bach and G.F. Handel. But the question is, would either of these two musical geniuses have been keen to use it? Playing harpsichord and organ requires a lighter touch and less work, and both of these gentlemen were proficient composers and performers on these instruments.

By the time the piano was in general circulation, Bach and Handel would have already written and performed dozens of pieces for harpsichord and organ. They would have been getting on in years by this time too - Bach died in 1750 and Handel in 1759. Trying to come to terms with this newfangled instrument in their golden years would probably have been something of a challenge. It looked like other keyboard instruments they were already familiar with, but it functioned in a totally new way, producing sounds they had no experience with. They'd already proven themselves as master composers for the keyboard, so they might not have given the fortepiano much consideration.

The Piano Music of J.S. Bach

Of the two, Bach is perhaps the more significant in terms of output and popularity. He wrote dozens of keyboard pieces including the Well-Tempered Clavier, a set of 48 preludes and fugues in each of the major and minor keys. This collection is referred to as The Old Testament of keyboard music and forms the basis of the repertoire for many beginning piano students.

Bach wrote lots of music for the keyboard, but it wasn't actually written for the piano. Harpsichord and organ were his instruments, although today much of his harpsichord music is played on a modern piano. He wrote music for orchestras, choirs and combinations, but still had time to write plenty of keyboard music. As well as the set of preludes and fugues mentioned above, his works include:

The piano (i.e. the fortepiano) took time to make its way into people's hearts. The first music known to have been written specifically for the fortepiano dates from 1732, when the Italian composer Lodovico Giustini published his Sonate da cimbalo di piano. This was a one-off however - publication was paid for by the composer's patron - and as yet there was no commercial market for this exotic instrument. It wasn't until the 1760s that music for the fortepiano began to be widely published and available, and there are records that tell us about some of the first public performances.

As often happens, Cristofori's invention was picked up and developed by another instrument maker, the German Gottfried Silbermann. It was Silbermann who helped to bring the piano to the masses, making improvements in the structure and function of the instrument. He is credited with the invention of the damper pedal which removes the dampers from all the strings at once, producing the rich and resonant sound we're all familiar with now. Silbermann sold many of his pianos to his patron, Frederick the Great of Prussia, and this royal patronage no doubt helped to raise the instrument's profile among the general public.

J.S. Bach is said to have criticized Silbermann's early attempts, although there is evidence that the composer approved of his later designs. Bach's Well Tempered Clavier proved that the new major-minor system, the "well-tempered" method of tuning the keyboard, was a good and valid one. It was just a matter of time before other composers would take up the baton and start writing music for this new and wonderful keyboard instrument, the piano. It would be left to Bach's sons, to Mozart and to Beethoven to get the ball rolling and produce what could be truly termed as "piano music."

RT @washburn647: ya MCM listen to recordings of baroque music with piano instead of harpsichord LMFAOOOO