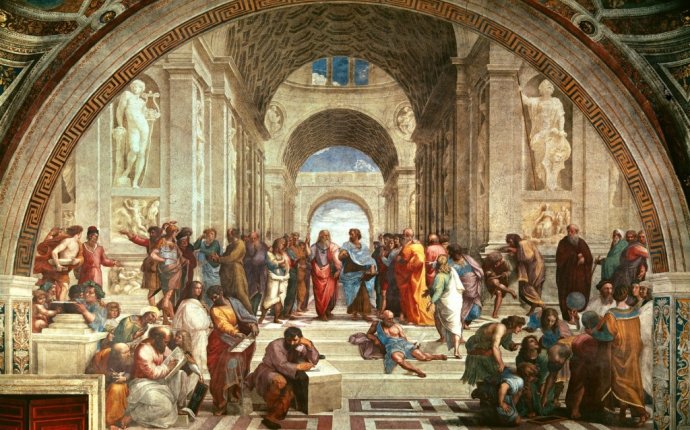 Inevitably a short history of opera is going to leave a lot out. It’s an art form that has existed for over 400 years and taken on many shapes and forms in a great many different cultures and nations. You will however, frequently hear almost every Western opera categorised to a few periods which are definitely a good place to start.

Below, you'll find the core info on the periods with some key operas put in their chronological place. For a more composer centric timeline check out the composers page. We hope to expand this section enormously, exploring opera's development across Europe and the world, and we've started on that mission with a more expansive history of opera in English.

The first musical theatre work that we might define as an opera today was Jacopo Peri’s Dafne, composed in the late 1590s. Unfortunately little of Peri’s score survives so Claudio Monteverdi’s Orfeo of 1607 takes the crown as the earliest work that you are able to hear. Both these composers were working in Italy, and it was Italian opera that would dominate what is now known as the Baroque period spanning from around 1600 to the 1740s. This form of opera came to the fore in wealthy courts across Europe, royalty frequently patrons of composers, but it rapidly became an art form that appealed to all classes, George Friedrich Handel’s work, for example, wildly popular in England.

Some of the major opera composers of this period were Antonio Vivaldi, Handel and Jean-Baptiste Lully. For much of the 20th Century, Baroque works were seldom performed but there has been something of a popularity boom over the last few decades. The H.I.P (Historically Informed Performance) movement pushing many of these works back into the repertory. Handel’s Giulio Cesare and Henry Purcell’s Dido and Aeneas are two of the most commonly heard works today.

In the mid 1700s Willibald Christoph Gluck took opera in new directions, expanding the structure, harmony and narratives away from the highly formalised forms that had dominated the previous 150 years. He made the orchestra more integral by developing “recitativo accompagnato”, recitative supported by full orchestra rather than just continuo. Opera became steadily more international and varied in style, Italian opera seria mixing with French opera comique and German singspiel amongst many other operatic genres.

Some of the major opera composers were Gluck, Franz Joseph Haydn and Wolfgang Amadeus Mozart. Neither Gluck nor Haydn are all that frequently heard on modern stages but Mozart has an enormous number of works in the standard repertory, Don Giovanni, The Magic Flute and Cosi Fan Tutte three of many.

Romantic opera has dominated operatic stages for the better part of two centuries. Emerging around the turn of the 19th century, Romanticism was the predominant artistic and literary movement until the 1st World War. As a movement it isn’t easily defined but it was born out of the French Revolution and Germany’s Sturm und Drang playing heavily towards strong emotions and a rebellion against the scientific conformity of the enlightenment and latterly the industrial revolution. Opera became steadily bigger and more dramatic, vast choruses and a swelled orchestra, to upwards of 100 players, building towards the immense operatic works of Richard Wagner.

There are too many composers to mention here but Germany was dominated by Wagner, Italy by first Giuseppe Verdi and then Giacomo Puccini and Russia made its first real operatic impact with initially Mikhail Glinka and then Modest Mussorgsky and Pyotr Tchaikovsky amongst many others.

More or less for the first time in operatic history, the 20th Century was dominated not by contemporary works but by those of the previous three hundred years. Few were writing new Romantic works but the old ones dominated the modern stage. It hasn’t been all doom and gloom for lovers of new music though, with sophisticated contemporary music making its way onto the operatic stages albeit sporadically and seldom popularly. Composers have become more inventive with the scoring, frequently using fewer orchestral players and creating more intimate dramas relative to the bombast of the Romantic period.

The first half of the century was dominated by the modernists particularly Arnold Schoenberg and Alban Berg who developed atonal and then twelve-tone techniques (lots of dissonance used to chilling dramatic effect). Benjamin Britten and Dmitri Shostakovich came to the fore through the middle years of the 20th Century, Britten in particular arguably the most successful opera composer born after 1900. Minimalism came in full throttle by the 70s, Philip Glass and most recently John Adams the most successful composers in recent times.