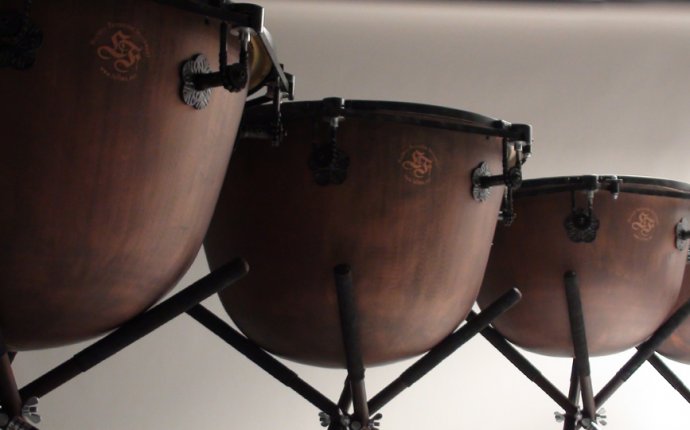 But as Synergy artistic director Timothy Constable points out, “Anyone who’s followed us for a while knows we’re rogues and are always looking to try something new.”

This time, the “something new” sees Australia’s premier percussion group present “old works re-imagined” in their Masterpieces of Time concert, an eclectic program ranging from Bach to music by modern iconoclasts John Cage (whose centenary we celebrate in 2012) and György Ligeti, all in new arrangements by Constable and bandmate Bree van Reyk. They have even brought countertenor Tobias Cole into the fold to sing Monteverdi.

But can Bach withstand a beating from Synergy? Constable insists their new readings of revered works like the Chaconne and the cantata Ein Feste Burg ist Unser Gott are part of a long tradition stretching back to the Baroque era – in recent years we’ve even heard The Goldberg Variations on accordion. “Composers at that time regularly transcribed their own works as occasion demanded, ” he explains. "Early and Baroque music has a particular energy which we love. We all trained as classical musicians and see ourselves as very much part of a continuum.”

With such a rich canon of works to choose from, Constable has to listen out for qualities that make a piece of music ripe for re-arranging. Simply put: "The impulse towards doing a new version always starts with, ‘That's awesome – I want to play that!’"

No point getting intimidated by masterpieces like Bach’s Chaconne in D Minor, which he has recast for solo marimba. “The Six Sonatas and Partitas for violin solo are some of my favourite pieces in the world, ” Constable enthuses.

“From a practical standpoint violin, viola and cello music works well on marimba – four strings, four sticks, similar compass. I tend to find that sweeter, major sonority music can sound a bit fairy-floss on marimba, so I gravitate towards darker music. In trying to find the essence of violin music, I try very, very hard to be a violinist, only surrendering to my instrument's limitations at the very end.”

This diverse selection of transcribed Baroque and 20th-century classics is a world away from Synergy’s recent concerts celebrating legendary percussion composers Steve Reich and Iannis Xenakis. But Constable is confident that “people who are less inclined towards the noisy end of the percussion spectrum will never find a better time to dive in. Even people who don't like classical music as a general rule will get something out of this program.”