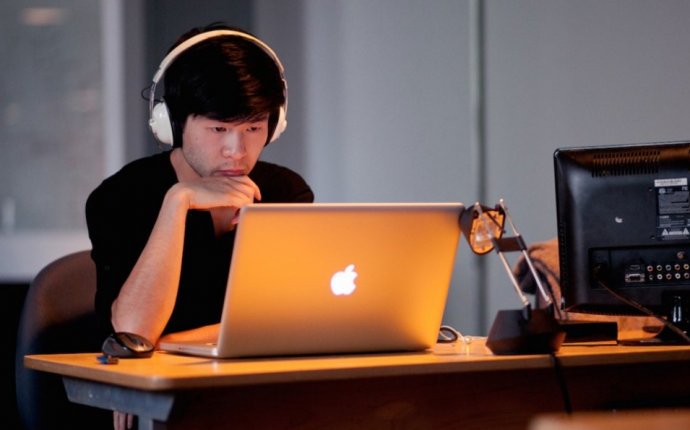 "Music is so naturally united with us that we cannot be free from it even if we so desired" (Boethius cited by Storr).

usic's interconnection with society can be seen throughout history. Every known culture on the earth has music. Music seems to be one of the basic actions of humans. However, early music was not handed down from generation to generation or recorded. Hence, there is no official record of "prehistoric" music. Even so, there is evidence of prehistoric music from the findings of flutes carved from bones.

The influence of music on society can be clearly seen from modern history. Music helped Thomas Jefferson write the Declaration of Independence. When he could not figure out the right wording for a certain part, he would play his violin to help him. The music helped him get the words from his brain onto the paper.

Albert Einstein is recognized as one of the smartest men who has ever lived. A little known fact about Einstein is that when he was young he did extremely poor in school. His grade school teachers told his parents to take him out of school because he was "too stupid to learn" and it would be a waste of resources for the school to invest time and energy in his education. The school suggested that his parents get Albert an easy, manual labor job as soon as they could. His mother did not think that Albert was "stupid". Instead of following the school's advice, Albert's parents bought him a violin. Albert became good at the violin. Music was the key that helped Albert Einstein become one of the smartest men who has ever lived. Einstein himself says that the reason he was so smart is because he played the violin. He loved the music of Mozart and Bach the most. A friend of Einstein, G.J. Withrow, said that the way Einstein figured out his problems and equations was by improvising on the violin.

In general, responses to music are able to be observed. It has been proven that music influences humans both in good and bad ways. These effects are instant and long lasting. Music is thought to link all of the emotional, spiritual, and physical elements of the universe. Music can also be used to change a person's mood, and has been found to cause like physical responses in many people simultaneously. Music also has the ability to strengthen or weaken emotions from a particular event such as a funeral.

People perceive and respond to music in different ways. The level of musicianship of the performer and the listener as well as the manner in which a piece is performed affects the "experience" of music. An experienced and accomplished musician might hear and feel a piece of music in a totally different way than a non-musician or beginner. This is why two accounts of the same piece of music can contradict themselves.

Rhythm is also an important aspect of music to study when looking at responses to music. There are two responses to rhythm. These responses are hard to separate because they are related, and one of these responses cannot exist without the other. These responses are (1) the actual hearing of the rhythm and (2) the physical response to the rhythm. Rhythm organizes physical movements and is very much related to the human body. For example, the body contains rhythms in the heartbeat, while walking, during breathing, etc. Another example of how rhythm orders movement is an autistic boy who could not tie his shoes. He learned how on the second try when the task of tying his shoes was put to a song. The rhythm helped organize his physical movements in time.

Responses to music are easy to be detected in the human body. Classical music from the baroque period causes the heart beat and pulse rate to relax to the beat of the music. As the body becomes relaxed and alert, the mind is able to concentrate more easily. Furthermore, baroque music decreases blood pressure and enhances the ability to learn. Music affects the amplitude and frequency of brain waves, which can be measured by an electro-encephalogram. Music also affects breathing rate and electrical resistance of the skin. It has been observed to cause the pupils to dilate, increase blood pressure, and increase the heart rate.

The Power of Music on Memory and Learning

The power of music to affect memory is quite intriguing. Mozart's music and baroque music, with a 60 beats per minute beat pattern, activate the left and right brain. The simultaneous left and right brain action maximizes learning and retention of information. The information being studied activates the left brain while the music activates the right brain. Also, activities which engage both sides of the brain at the same time, such as playing an instrument or singing, causes the brain to be more capable of processing information.

According to The Center for New Discoveries in Learning, learning potential can be increased a minimum of five times by using this 60 beats per minute music. For example, the ancient Greeks sang their dramas because they understood how music could help them remember more easily ). A renowned Bulgarian psychologist, Dr. George Lozanov, designed a way to teach foreign languages in a fraction of the normal learning time. Using his system, students could learn up to one half of the vocabulary and phrases for the whole school term (which amounts to almost 1, 000 words or phrases) in one day. Along with this, the average retention rate of his students was 92%. Dr. Lozanov's system involved using certain classical music pieces from the baroque period which have around a 60 beats per minute pattern. He has proven that foreign languages can be learned with 85-100% efficiency in only thirty days by using these baroque pieces. His students had a recall accuracy rate of almost 100% even after not reviewing the material for four years.

In 1982, researchers from the University of North Texas performed a three-way test on postgraduate students to see if music could help in memorizing vocabulary words. The students were divided into three groups. Each group was given three tests - a pretest, a posttest, and a test a week after the first two tests. All of the tests were identical. Group 1 was read the words with Handel's Water Music in the background. They were also asked to imagine the words. Group 2 was read the same words also with Handel's Water Music in the background. Group 2 was not asked to imagine the words. Group 3 was only read the words, was not given any background music, and was also not asked to imagine the words. The results from the first two tests showed that groups 1 and 2 had much better scores than group 3. The results from the third test, a week later, showed that group 1 performed much better than groups 2 or 3. However, simply using music while learning does not absolutely guarantee recall but can possibly improve it. Background music in itself is not a part of the learning process, but it does enter into memory along with the information learned. Recall is better when the same music used for learning is used during recall. Also, tempo appears to be a key of music's effect on memory.