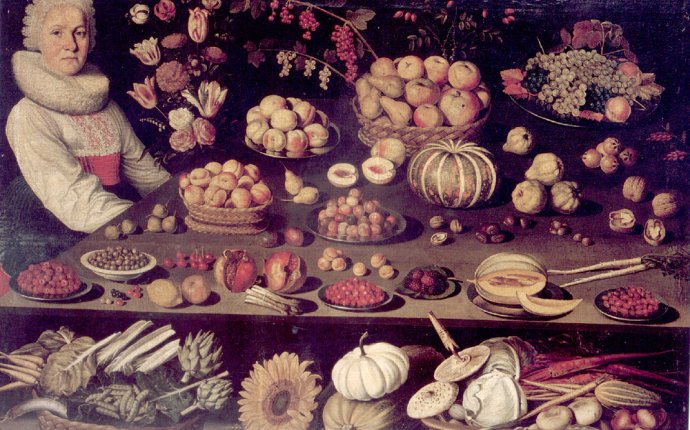 The transition from Renaissance to Baroque musical style began in the late sixteenth century. The polychoral motets of the Venetian school, with two or more independent choirs juxtaposed to exploit the resulting contrast in color, provided the seedbed for the Baroque notion of conflict. Composers of the Venetian school also employed large performing forces, including choirs of instrumentalists, in their music. This led to the development of concertato style, in which the playing of a soloist or small group of players was contrasted with that of the full ensemble. This style of composition led to the development of the concerto. The concerto, of course, is an instrumental form, and during the Baroque era, instrumental music assumed far greater prominence than previously.

An examination of the madrigals of Monteverdi, written over a fifty year period, reveals many of the stylistic changes that signaled the transition from Renaissance to Baroque. Monteverdi's early madrigals (written 1587-1603) were composed in the style of the high Renaissance. Similar in character to the works of Marenzio in their use of chromaticism, they nevertheless begin a departure from the ideal of equality of voices and moved toward the Baroque notion of soprano-bass polarity. In contrast, his last four books of madrigals (written 1605-1638) include independent instrumental sections contrasted with choral interludes (concertato style) and increasing use of figured bass.

Several pairs of contrasting terms have been applied to the "old style"of Renaissance music versus the "new style" of the Baroque. Stile antico andstile moderno is one such pair. Another, used by Monteverdi, was prima prattica and seconda prattica. In the first half of the seventeenth century the two styles coexisted, with the earlier style employed most frequently in sacred music, while the new style was evident in secular music, most notably in the operas of the early Baroque.

Text was of extreme importance to composers of both the Renaissance and Baroque eras. However, the manner in which it was approached differed markedly. The Renaissance ideal was of several independent vocal lines, each with its own inflections and accentuation. In the early to mid seventeenth century, the trend was away from this polyphonic ideal, toward soprano-bass polarity, in which a single melody was sung and a figured bass line was played by an accompanying instrument or instruments. By the late Baroque era, in the first half of the eighteenth century, polyphony had returned to popularity. The polyphony of the late Baroque differed from that of the Renaissance: It was rooted in tonal harmony and characterized by an energetic, metrically conceived, driving rhythm.

The tradition of requiring full participation by the performer in decisions concerning tempo, articulation, ornamentation, and other matters continued from the Renaissance into the Baroque era. Keyboard players presented with a figured bass line were expected to "realize" it, filling in chords, adding ornaments, and otherwise embellishing their playing. Singers, particularly soloists, were expected to improvise ornamentation and elaboration for a melody found in the score.

Although all of the stylistic changes mentioned here occurred over a period of decades, the year 1600 is widely accepted as a convenient if somewhat arbitrary date to mark the end of the Renaissance and the beginning of the Baroque. It should also be noted that many if not all of these changes ere interrelated. For example, the move away from polyphonic texture toward an accompanied melody was closely related to the shift from modality toward the major-minor key system and the use of figured bass. The increasing significance of new instrumental forms grew out of the employment of dependent instrumental parts, contrasted with choral sections. The total impact of all of these changes taken together propelled music forward into e new era.

In the Baroque period, some of the important choral forms, such as the ass and the motet, represented the continued development of Renaissance ideas. Others, such as the cantata and the oratorio, were newly created or assumed a new importance in terms of stylistic development. Some forms crossed the boundaries of sacred and secular. The cantatas of Bach, for example, inclucled both classifications. For the purposes of this discussion, opera is not considered. A brief definition of each of the important Baroque choral forms is presented here.

The anthem tradition begun in Elizabethan England by Gibbons, Byrd, Tallis and others continued in the Baroque, reaching its highest state in the anthems of Purcell and Handel. The Baroque anthem was more elaborate than that of the Renaissance, utilizing recitatives, instrumental accompaniments with continuo, independent instrumental sections and interludes, and elaborate solo passages.

Derived from the Italian word cantare meaning "to sing, " the cantata developed in the seventeenth century as an extended piece of accompanied secular music with recitatives and arias. In Germany, the Lutheran chorale formed the basis for extended treatment in the "chorale cantata, " a sacred work written for soloists, chorus, and orchestra, and brought to its highest development by J.S. Bach.

In the Baroque era, the madrigal continued to be popular and came to embody the "new style" in the form of the continuo madrigal developed by Monteverdi, using figured bass, and incorporating sections for solo, duet, or trio with continuo and contrasting sections for instruments with those for choir.

A musical setting of the canticle of the Virgin Mary found in the first chapter of the Gospel of Luke. Polyphonic settings were written as early as the fourteenth century. The Magnificat is a part of the Catholic service of Vespers and the Anglican service of Evensong. Monteverdi, Hassler, Purcell, and most importantly Bach, wrote significant settings of this text.

During the early Baroque, the mass tended to be a conservative musical form, similar in style to the Franco-Flemish mass of the sixteenth century. As the seventeenth century progressed, masses began to incorporate concertato style and to have instrumental accompaniments. These developments led to the five masses of J.S. Bach, whose B Minor Mass is one of the towering monuments of Western music. Unlike his other masses, the B Minor Mass is two hours in length and divides the ordinary into twenty-five separate movements characterized by a wide range of expressive and musical devices.

The motets of the Venetian school were written in concertato style, exploiting the colors of contrasting choral and instrumental forces. Schutz, Monteverdi, and Lully wrote motets that included a wide variety of forces, textures, and emotions. This led to the multimovement motet of the late Baroque, exemplified by the works of Bach and Buxtehude.

The setting of a sacred or heroic text for chorus, soloists, and orchestra. The details of the story are conveyed through recitative. Similar in character to opera, an oratorio is not staged, nor are the singers costumed. The first important composer of oratorio was Carissimi. The Baroque oratorio reached its highest point in the works of Handel.

The passion is a musical setting of the events at the end of Christ's life, from the Last Supper to the Crucifixion. The story is carried in recitatives sung by the Evangelist. Other soloists perform recitatives and arias, and the role of the chorus varies from the singing of chorales, more complex contemplative choral sections, and turba sections in which the chorus assumes the identity of the crowd.

The opening words of this text, "Te deum laudamus, " mean "We Praise Thee, God." It is sung at the Roman Catholic office of Matins, at Anglican Morning Prayer, and for other festive sacred and secular occasions. Purcell and Handel each wrote significant musical settings of the Te Deum.

Evening worship in the Roman Catholic rite. Vespers includes a series of psalms, a hymn, and the Magnificat. Monteverdi's Vespers of 1610 utilized choir, instrumentalists, and was written in concertato style. It is the most important Baroque example of the form.

Two composers predominated in the first half of the Baroque period. Their music embodies many of the elements of the transition from Renaissance to Baroque style. These two composers were Claudio Monteverdi (1567-1643) and Heinrich Schutz (1585-1672).

Born in Cremona, Italy, Monteverdi composed eight books of madrigals, three masses, vespers, magnificats, and motels. He wrote at least twelve operas, three of which have been preserved. As mentioned earlier, Monteverdi's music illustrates the transition from the prima prattica to the seconda prattica, from Renaissance polyphony to Baroque homophony.

Schutz was the greatest German composer of the seventeenth century. Born in Saxony, he studied with Gabrieli in Venice. Schutz's music is diverse, reflecting his long life and the varied conditions under which he worked. His first published compositions were Italian madrigals. He was Lutheran, and his sacred compositions were written for the Lutheran church. Schutz wrote several highly varied collections of motets as well as oratorios and passions.