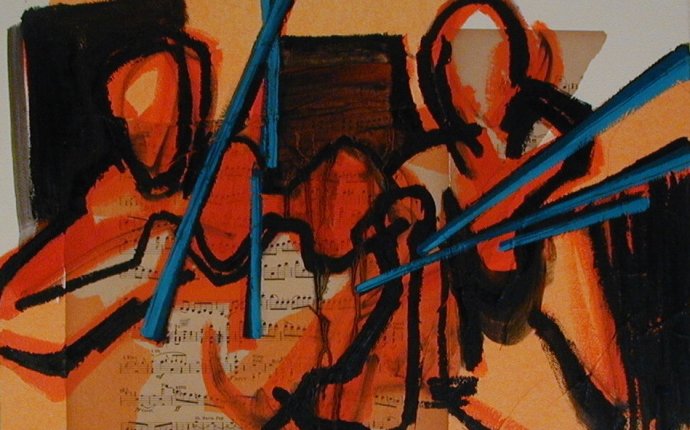 It was during the 17th Century that the system of modes finally crumbled away. By adding accidentals the Major/Minor key system developed. The 17th Century also saw the invention of several new forms and designs, such as:

The orchestra started to take shape, mainly in the strings, and the violins became the dominant instrument, and most important in orchestras.

A monody is a single voice line supported by an instrumental bass line, upon which chords were constructed. The voice line followed the natural speech rhythms of the words. This style of writing for the voice (half singing and half reciting) became known as recitative. All the composer wrote down beneath the melody was a bass line to be played by a low stringed instrument, such as a cello. This was called the 'basso continuo', but the composer expected another continuo player on harpsichord, organ or lute, to build up chords upon the bass line. As these chords had to be improvised, the player had to be very skillful. Figures below the notes indicated which chords to play. This is called a figured bass.

The first opera was written in 1597, called 'Dafne', and was composed by Peri. It had choruses, dances and instrumental pieces, all done by a small orchestra. It contained music and drama (i.e. Music-Drama). The first truly great opera was composed by Monteverdi in 1607, and was called 'Orfeo'. The music heightens the dramatic impact. The music and drama blend together well. There was a lot of instrumental ritomello (Italian for return, and means when a section returns). Before each verse of the aria (song), we hear an instrumental ritornello.

Scarlatti's operas often began with an overture in three sections: quick, slow, quick. This was the Italian Overture. Scarlatti designed the arias in his operas in da capo form, i.e. ABA. Another name for this is ternary form.

Lully's operas began with a French Overture.. slow, quick, slow. This is the other way round to an Italian Overture.