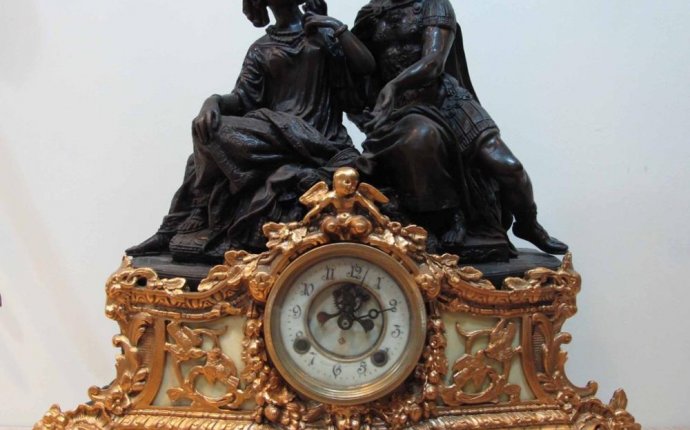 See the Travel Details above for recommendations highlighted in bold, excerpted from Rick's guidebooks.

Hi, I'm Rick Steves, back with more of the best of Europe. This time we're in a city that for centuries has been a magnet for world travelers. We're in eternally entertaining Rome.

There's history everywhere here in the city of the Caesars. The Colosseum reminds us of ancient pageantry and gladiators. Monuments like Trajan's Column boosted imperial egos. Statues show how Emperors were worshipped as gods on earth. And the Pantheon, with my favorite skylight anywhere, inspired future ages to great domes of their own.

But we'll learn about these ancient wonders in another episode. Right now, we're more interested in a different Rome — busy with life and bursting with Baroque.

We'll ramble through the venerable heart of Rome, admire breathtaking Bernini statues, ponder sunbeams inside St. Peter's at the Vatican, and mingle with the Romans over an early-evening stroll. We'll eat really well, and go local after dark, lacing together the Eternal City's most romantic night spots.

The old center of Rome is best explored on foot — ideally in the spring or fall. For me, the most exhausting thing about traveling here is the heat of summer. We're here in the springtime — it's much more comfortable.

While much of Rome is splendid and grandiose, it can be intimate as well. Regardless of your sightseeing agenda, getting out early lets you enjoy some of the world's great public spaces while they're just waking up. Early birds can even enjoy the generally packed Pantheon nearly all to themselves.

A morning spent wandering is filled with surprises. Playful fountains decorate squares. Poke around. Explore. In the back streets it's clear; this city is a collection of real neighborhoods — artfully living well in a rustic and ancient shell.

As the rhythm of daily life hits its stride, the famous Spanish Steps — today adorned with azaleas — fill with people. For over 200 years romantics have gathered here to enjoy a little dolce vita with their sightseeing. And it remains a popular place to savor the joy of simply being in Rome.

Another colorful Roman gathering place is the Campo de' Fiori. Literally the "field of flowers, " this has long been a fragrant and vibrant market. The market thrives in the morning. What's seasonal during your visit will be a favored by local chefs and featured on their daily menus. We're here in May — and it's punterelle, asparagus, and artichokes.

Whether you come for the produce or just for a stroll, Campo de' Fiori is one of Rome's beloved public spaces.

While Rome's streets and piazzas are busy with people, its countless churches are busy with art. Pop into just about any church and you hardly know where to look. That's because they're decorated in the Baroque style.

Every inch is slathered with ornamentation — oh-wow spiral columns framing scenes that almost come to life; cupids doing flip-flops, and ceilings open into the heavens.

After the intellectual nature of the Renaissance, Baroque, which followed, was emotional. By the year 1500, Renaissance artists had mastered realism. Now, 1600, Baroque went beyond realism to wow its viewers with exuberance. Baroque art was propaganda. It served the needs of the divine monarchs and of the Church. By pulling emotional strings, it convinced people to obey.

Rome is the birthplace of the Baroque style and Gian Lorenzo Bernini — who lived and worked here in the 17th century — is considered its father.

Seemingly insignificant churches, like Santa Maria della Vittoria, come with lavish interiors. And, if you know where to look, important Baroque treasures hide out. Bernini designed this side chapel like a theater — with members of the family who paid for the art looking on from their box seats.

The master Bernini invigorates reality with emotion. Center stage is The Ecstasy of Saint Theresa. Bernini captures the feeling Theresa described when the angel pierced her heart with a heavenly arrow: She said, "The pain was so sharp that I cried aloud. But at the same time I experienced such delight that I wished it would last forever."

Exploring Rome on foot, you alternate between peaceful back lanes and busy arterials. Towering above the traffic stands Il Gesù, the leading church of the Jesuit order. It's another church decorated to the hilt in the Baroque style. Take a moment. Put yourself in the mindset of a 17th-century church-goer. Marvel at the splendor.

Once again, this art carried a message. The Catholic Church — threatened by Luther and the Reformation movement — was striking back. Here, this symbol of virtue beats down Protestants. A determined cherub rips pages from a Protestant book. And the angel struggles with the evil serpent of heresy.

Today in Rome, the visitor's struggle is more likely out on the street — with modern traffic. But the notorious Roman traffic is being tamed. Like cities all over Europe, more and more of its old center has become traffic-free and pedestrian-friendly. Still, watch out for the scooters.

After years of searching out my favorite European restaurants, I've found a few universal indicators for a great eating value. And a place like this [Enoteca Corsi] has them all.

The best eateries are little family run places that cater to locals. This one's open weekday lunches only. At a glance you know this place is a find: limited selection, hand written menu — in one language, packed with the neighborhood gang. Each day there's a special — today it's spaghetti carbonara. Simple, tasty cucina casalinga — that's home-cooking Roman style.

For a breezy escape from the big-city noise and intensity, head for the Borghese Gardens, Rome's "Central Park." Romans are proud of their generous green spaces. This sprawling park has long offered people here a place to relax, unwind, and let the kids run wild.

The park's centerpiece is the Borghese Gallery. Once a cardinal's lavish mansion, today it welcomes the public.

As is the case for many of Europe's top sights, admission requires a reservation. Getting one's easy — just a phone call or visit the website, and you get an entry time. Good guidebooks have all the details.

The wealthy Borghese family filled their 17th-century villa with art. This was the age when the rich and powerful not only collected beautiful art, but actually employed leading artists to spiff up their homes.

@Kwanpo Cheng: My first arrangement is Coldplay's "Fix You" for 7 voices parts (+2 for divisi) and no VP using my excited new knowledge of Baroque Harmony.