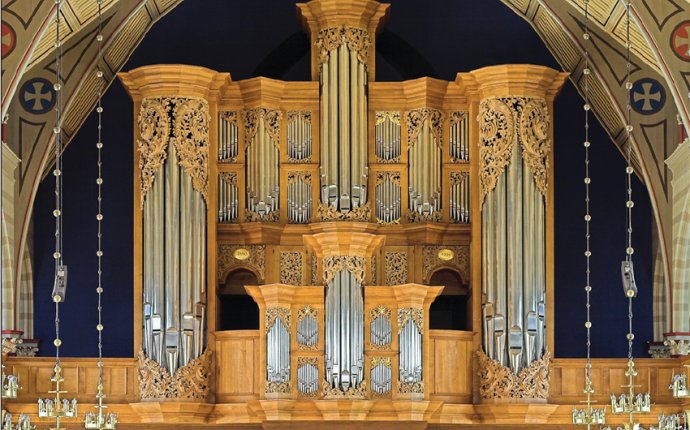 Engineering romantics fall in love with the work of Jorge Luis Borges early in their careers. Long after Douglas Hofstadter is forgotten for his own work in AI (which seems dated today), he will be remembered with gratitude for introducing Borges to generations of technologists.

“I should define the baroque as that style which deliberately exhausts (or tries to exhaust) all its own possibilities and which borders on its own parody…I would say that the final stage of all styles is baroque when that style only too obviously exhibits or overdoes its own tricks.”

The baroque in Borges’ sense is self-consciously humorous. Borges’ own work in this sense is a baroque exploration of the processes of thought. As one critic (see the footnote on this page) noted, Borges writings “serve to dramatize the process of thought in the apprehension of truth.”

Unlike art, complex and mature technology (not all technology) is baroque without being self-conscious. At best there is a collective sensibility informing its design that can be called a baroque unconscious.

This post is a sequel of sorts to You can read it stand-alone, but you will probably get more out of it if you read that first. Within the Lord of the Rings metaphor I developed in that post, “baroque unconscious” is basically my answer to the question, if extreme consumers are Gollums, who is Sauron?

It is this last characteristic that interests me. Refinement that benefits nobody — anything that attracts the adjective overwrought — is what I attribute to the workings of the baroque unconscious. And I write this fully aware of the irony that this kind of post, might be viewed as overwrought analysis by some.

Interestingly though, viewed from this perspective, the other two kinds of apparently intentional refinement can be seen as opportunistic exploitation. They arise through manipulation of those elements of the workings of the baroque unconscious that happen to be consciously recognized.

Or to borrow another idea from art, it is technology for technology’s sake. And unlike in art, there is no primary artist.

The Baroque in Art

There is no such thing as the baroque unconscious in art.

When art exhausts its own possibilities unintentionally we generally characterize it as camp (what Susan Sontag aptly called “failed seriousness” in Notes on Camp). The baroque element in the work is evident to observers, even if the creator lacks the self-awareness to recognize it.

When art exhausts its own possibilities as a side-effect, while pursuing other objectives, we do not call it baroque. We call it either cynical or tasteless. The auteur theory of art applies well enough that if we cannot reasonably impute baroque intentions to the artist, we feel safe assuming that artist was aware of the baroque consequences of his/her decisions. Michael Bay’s Transformers movies (especially the last installment) are examples. They are both tasteless and cynical, but they are not campy or baroque.

Technology is generally more complex and collaborative than even the most collaborative kinds of art, such as movies. The process can create things that exhaust certain possibilities, with no single creator or observer being fully conscious of it. Yet, we cannot call such things campy, cynical or tasteless.

To understand this, suspend for a moment your default idea of what it means for something to be baroque. You are probably thinking of European architecture of a certain period with an exaggerated and visible sort of drama on the surface. That prototypical idea of the baroque is what we tend to apply, in unreconstructed form, to technology: clunky user interfaces and a degree of featuritis that has us groaning.

This is a narrow sense of the baroque. The original architectural instances served a specific function: to impress and intimidate commoners with a display of awe-inspiring grandeur (some art historians have argued that the original examples of baroque were therefore not baroque at all, but cynical). The exhaustion of possibilities in that kind of baroque is all on the surface.

But things can be baroque without being visibly so, depending on the audience for the original function. The key is that the governing aesthetic must seek to self-consciously exhaust its own possibilities.

Invisible, but still intentional baroque is particularly common in modern American pop culture. Most viewers of The Simpsons for instance, miss the bulk of the hidden pop-culture references in the show. A loyal subculture of fans devotedly mines these references and discusses them online. While this sort of thing is often cynical (deliberate creation of baroque plots to create addiction, as in the show Lost), in the case of The Simpsons, I suspect the writers genuinely seek to exhaust the possibilities of the artistic technique of reference, without annoying the mainstream audience.

The Baroque in Technology

In technology, Apple’s products border on the baroque in their exaggerated simplicity. Once the iPad achieves the edge-to-edge display and maximal technically feasible thinness for instance, it is hard to imagine how one would parody it — there is no room left for exaggeration in the physical form at least. Certain possibilities will have been exhausted.

This sort of intentional (and therefore artistic) baroque in technology, however, is not really what interests me. What fascinates me is technology that grows baroque without anyone consciously intending to exhaust any design possibilities. Social forces, such as the competitive pressures of an arms race, or the demands of extreme lead customers, don’t seem to be sufficient explanations.

how to buy bitcoin with PayPal

@DrMarsRover @summerfilmparty As your last cynanotype was a baroque symphony, this is free jazz! I rather like all of them.