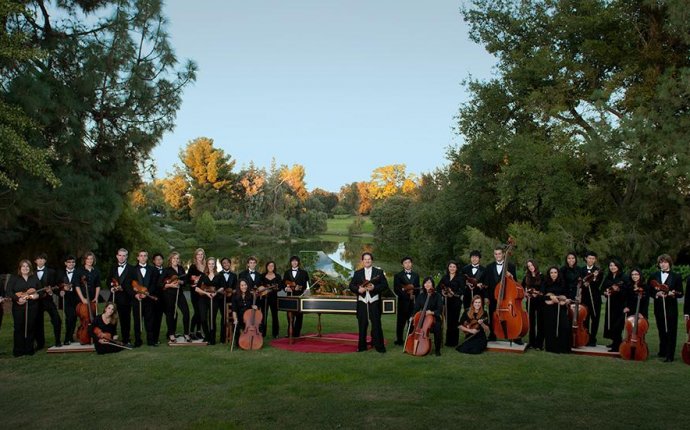 There are few pieces of music as instantly recognizable as Antonio Vivaldi’s Four Seasons. And yet, as it is so often heard only in fragments, the complete piece still has the capacity to surprise and delight. The Venice Baroque Orchestra performed the Venetian masterpiece alongside Philip Glass’ “American Four Seasons” in 2010. The group is joined by violin soloist Nicola Benedetti, whose highly personal interpretations of Vivaldi’s work have been called “teasingly wistful one minute, electrifying and explosive the next” (The Scotsman). The program is rounded out by a number of lesser-known, but no less engaging, Baroque masterworks from Italy and England.

Galuppi: Concerto a Quattro No. 2 in G Major

Avison: Concerto Grosso No. 8 in E Minor, after D. Scarlatti