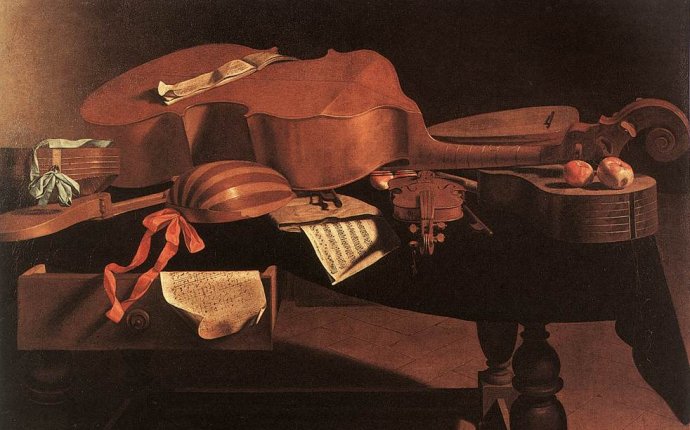 The Baroque Period spans from 1600 to 1750. During this time there were increases in commercial activity, leading to an increase of power in the middle class, which ultimately lead to the Industrial Revolution.

Opera was now emerging for the first time, with many opera houses being built. The two 'giants' of the Baroque era were Bach and Handel.

Bach's death in 1750 marked the end of the Baroque period. Other main composers of this period were Monteverdi, Purcell, Vivaldi, Corelli, Telemann, and Rameau.

The Baroque era is sub-divided into Early Baroque, Middle Baroque and Late Baroque. The Early Baroque period was between about 1600 and 1660. During this period came the invention of opera – a drama sung to an orchestral accompaniment - and homophonic texture was favored. The Middle Baroque period dates from about 1660 to 1710. Here church modes give way to major and minor chords. Instrumental music becomes very important, and the fully fledged orchestra is now developed. The Late Baroque begins about 1710 and ends circa 1750. Polyphony once more flourishes, most notably of all in the works of Bach.

Music was the main source of entertainment/diversion in the Baroque era. Aristocrats surrounded themselves with concert halls etc…. Music directors were employed by the aristocracy to oversee orchestras, choirs, instruments, music libraries etc… They were highly paid and prestigious positions in Baroque society. Music was a craft passed down over generations, a musician teaching the craft to his son, and he to his son. Commercial opera houses were about and flourishing.

A Baroque piece expresses only one basic mood, and follows what is termed the ‘doctrine of affect’. Composers used musical language to depict particular affective states, specific rhythms and melodic patterns being associated with each. Word-painting was especially used to associate what one was playing to certain texts of music, for example, "Primavera" (Spring) within Vivaldi's "Four Seasons." The sonnet that precedes each movement describes what the music will be representing (i.e. violins emulating birds, thunderstorms, dogs, etc).

Unity is achieved through rhythmic continuity. The same rhythmic patterns are repeated throughout a Baroque piece of music. Some might think that this repetition would become tedious, but this, however, has the opposite effect, propelling the music forward. The beat is emphasized very strongly, which is a huge leap from the rhythmically free nature of the Medieval Gregorian Chant.

The Baroque melodies also create a feeling of continuity. The melody was also repeated in the same way as the rhythm. A gradual unraveling, unwinding and expansion of the melody was gradually created as the piece goes along. As a result, melodies of this era tend to lack the kind of symmetry and balance associated with Classical era melodies.

Baroque music uses terraced dynamics. This means that the volume stays the same for a period of time, then there is a sudden shift to a different dynamic level. There are no gradual changes in dynamics (such as a crescendo or decrescendo). Terraced dynamics were used as the main keyboard instrument was the harpsichord, which could only be played in two modes, either loud (forte) or soft (piano), precluding the ability to accomplish crescendos or decrescendos.

Textures used in the Baroque period, especially in the early part (c. 1600-1660), were predominantly homophonic, or melody with basso continuo, typical of Baroque music. In the late Baroque era, German composers such as Telemann, Bach, and Handel experimented with counterpoint and helped to create, in no small degree, Baroque polyphonic music.

Chords became increasingly important in the Baroque period. Before then, composers were concerned with the individual beauty of melodic lines, rather than with chords. Chords were previously a mere by-product of the motion of several simultaneously sounding melodic lines. In Baroque, chords become significant in themselves, due to the emphasis on the Bass Voice. The entire structure of the Baroque piece rested on the Bass Voice. This new emphasis on chords and the Bass part results in the most characteristic feature of all Baroque music – the Basso Continuo (alternatively translated as Thoroughbass or Figured Bass).

The Basso Continuo consists of a bass part together with numbers below each note which specify the chord to be played above it. It is played by at least two instruments, usually the organ or harpsichord (to produce the chords) reinforced by a cello or bassoon. The performer was given a great deal of freedom with regards the realization of the figured bass. The Basso Continuo was also used in the early classical period, particularly in some works by Carl Philipp Emanuel Bach, who will be covered in the.

Word painting was still important, and composers emphasized words through their music.

The orchestra was based on the string instruments, and usually consisted of 10 to 40 instruments. However, there was a very flexible arrangement of instruments. At its nucleus were the basso continuo and upper strings. The use of woodwinds, brass and percussion was variable.

Compositions include sets of movements/pieces. A movement is considered an independent piece. The musical genres used during the Baroque era include: opera, oratorio, cantata, suite, sonata, mass, concerto and fugue.

Bach came from a very long line of musicians. Each generation learned the musical craft from the previous generation. Bach had twenty children, although only nine survived; of those nine, four became composers. When he was 18 years old he became an organist. The church complained about his dense polyphony and questioned his strange meeting with a maiden in the church (which happened to be his cousin, who he then married). Then started working for the Duke of Weinstad and was promoted, but did not want the promotion, so he was put in jail for a month. He then moved to Cöthen, where he wrote the Brandenburg concertos. He then moved to Leipzig and became municipal director of all four churches. He sent his children to the local university to study. He was completely blind towards the end of his life, only to have regained his sight briefly before his death.

Bach created masterpieces in every Baroque genre except opera. Instrumental music - especially keyboard works - were prominent in his output. It was also during the Baroque period that the public witnessed the emergence of the orchestra. Bach used dense polyphonic textures and rich harmonies. His harmony and counterpoint is still used as a model for music students today. His 'Art of Fugue' displays all resources of fugal writing.

Bach wrote fugues for solo instruments (mainly for keyboard instruments). The fugue is NOT a form, but rather a compositional device, much like a canon or round. A fugue consists of two items: a subject, or main theme, and an answer. The answer can be either an exact, or real, repeat of the subject, or it can be a tonal repeat, in which the answer is modulated to another key center (usually the dominant) and contains intervallic modifications in order to make it fit into the new key.