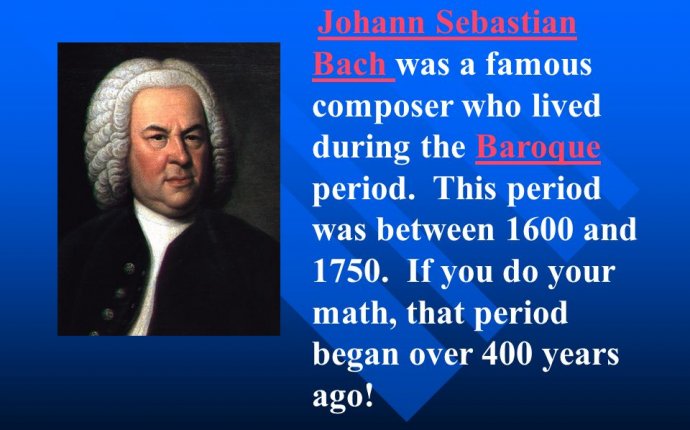 3 composers from the Baroque period 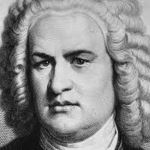 Claudio Monteverdi (1567–1643): A student of Marc’Antonio Ingegneri in Cremona, Claudio Monteverdi quickly established himself as one of the most significant composers of his time. In 1592 he was appointed suonatore di vivuola (viol and/or violin player) to Duke Vincenzo I of Mantua; his third book of madrigals, published in 1592, shows the strong influence of Giaches de Wert, the maestro di cappella in Mantua. Although the several journeys Monteverdi made with the duke in the 1590s seem to suggest that his importance at court was growing, Benedetto Pallavicino was offered de Wert’s post upon its vacancy in 1596. Increasingly dissatisfied with the his situation in Mantua, Monteverdi left the court after the Duke’s death, accepting the position of maestro di cappella of St. Mark’s in Venice in 1613. Monteverdi wrote some of the most influential compositions of the early baroque, including the famous 1610 Vespro della Beate Vergine (Vespers of the Blessed Virgin) and nine books of secular madrigals published between 1587 and 1651. Monteverdi also composed the earliest operas still performed today, including Orfeo (1607) and L'incoronazione di Poppea.

In addition to writing some of the most important music of his day, Monteverdi unwittingly elucidated perhaps the most critical tenet of the baroque era during the so-called “Monteverdi-Artusi controversy.” In 1600, Giovanni Maria Artusi published his L'Artusi, ovvero, Delle imperfezioni della moderna musica, which attacked the “crudities” and “license” of some of Monteverdi’s then-unpublished madrigals (including the well known “Cruda Amarilli”). Monteverdi responded to Artusi in the preface to his Fifth Book of Madrigals (1605), dividing musical practice into prima prattica (first practice), in which rules of harmony and counterpoint took precedence over the text, and seconda prattica (second practice), in which the meaning of the words drove the harmony.

Girolamo Frescobaldi (1583–1643): Born in Ferrara, Girolamo Frescobaldi was a student of the organist and madrigalist Luzzasco Luzzaschi; he was also likely influenced by the maverick composer Carlo Gesualdo, who was also in Ferrara at the time. Frescobaldi was a famous keyboardist, and served as the organist at the church of Santa Maria in Trastevere in Rome before assuming the same post at St Peter's in 1608, which he held until his death. During this time he also held several other influential positions, including that of organist at the Medici court in Florence from 1628 to 1634. Frescobaldi composed a small amount of vocal music, but it was his compositions for the keyboard—which included a number of toccatas, canzonas, ricercars and capriccios—that influenced composers well into the 18th century—particularly, who owned his collection of organ works for performance during Mass entitled Fiori musicali (1635).