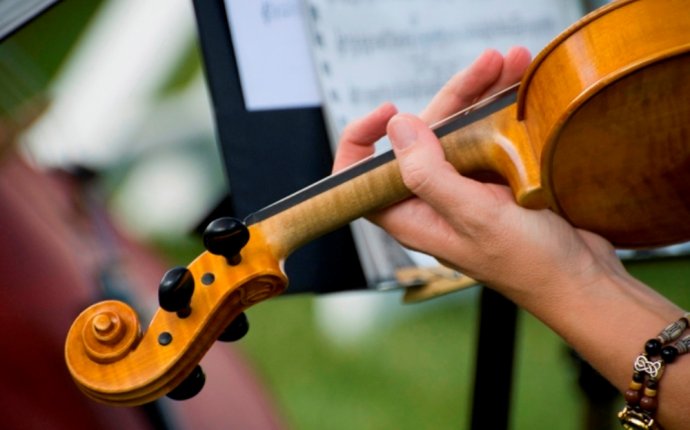 The following brief definitions are provided to help music lovers with some of the musical terms that appear in the program notes and elsewhere on the laco.org website. They are based on materials developed by the Aspen Music Festival and School (© Jane Vial Jaffe, Graphic Design by Curt Carpenter), and are included here by LACO with their kind permission.

An on-line source of additional information about composers, performers, musical terms and recordings is on the BBC website: BBC Classical Music Search. You may also wish to consult The New Harvard Dictionary of Music, ed. Don Randel, 1986, and The New Grove Dictionary of Music and Musicians, 2nd edition, ed. Stanley Sadie and John Tyrrell, 2001.

absolute music Music that is “free of” any explicit connection with words or specific meaning.

adagio A slow tempo. Generally slower than andante, but not as slow as largo. Literally, at ease.

andantino An ambiguous tempo term that could mean slightly less faster or slower than andante.

arco Played by drawing the bow across the strings.

aria A composition for solo voice and accompaniment usually within the context of an opera, oratorio or cantata.

arpeggio A chord whose pitches are sounded successively rather than simultaneously.

atonality Avoidance of centering around a specified note or key area.

autograph Manuscript of a musical work in the composer’s own hand.

bar 1) Vertical line through a musical staff dividing it into measures. 2) A measure.

baroque Period in Western music from approximately 1600 to around 1750.

beat Unit of a musical line.

cadence A melodic or harmonic configuration that creates a sense of repose or resolution. Cadences are principal means by which a central pitch, or tonic, is defined in a passage or work.

cadenza Elaborate passage for the soloist(s) interpolated usually near the end of a movement, often not written out by the composer, but left to the performer to improvise.

canon Exact imitation of the melody in one voice by another, continued for more than one phrase. Best known example: a round.

cantata Choral or solo vocal form developed in the Baroque period based on secular or religious text, generally with several movements and instrumental ensemble accompaniment.

chromaticism, chromatic Use of notes not in the basic scale of a composition or passage. Harmonic style frequently using such notes.

classical 1) Art or “serious” music as opposed to “popular” music. 2) A period in music history generally regarded as approximately 1750-1820. 3) Music using the basic characteristics of a style emphasizing balance, simplicity, and proportion.

coda Concluding section of a composition particularly of a fugue or movement of a sonata or symphony.

concertmaster Head of the first violin section of an orchestra and often the person in authority next to the conductor; performs solo violin passages.

concerto Work for one or more solo instruments accompanied by orchestra, often in three movements.

continuo An independent bass line continuing throughout a piece on the basis of which harmonies are extemporized on keyboard or chord-playing instruments. In Baroque music, the continuo would usually consist of a harpsichord or organ with a cello reinforcing the bass line.

courante A Baroque dance in triple meter and binary form. The Italian version is normally fast dance, whereas the French version is more solemn.

development 1) Structural alteration of musical material through change or transformation. 2) The second section in a sonata form.

divertimento In late 18th century, especially in Austria, a wide variety of secular instrumental works for chamber ensemble or soloist. Often used for light entertainment music, but could also refer to more serious works such as string quartets and sonatas.

divisi Division of a string section that usually plays the same part, for example, violas into multiple parts, e.g. viola 1 and viola 2.

RT @ACSOrch: In celebration of our 60th anniversary season, the Atlanta Community Symphony Orchestra is excited to introduce our new logo!…