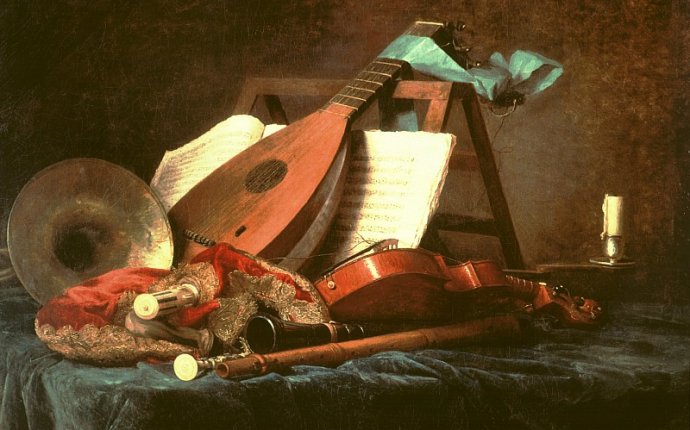 It has become fashionable over the last ten years to talk of authentic performances as if others are not, though in truth, the attempt to rediscover baroque music and its spirit has been with us since the mid-1800s.

But if there is a need to rediscover it, how was it lost in the first place? There is much evidence that until Bachs death in 1750 the musical tradition was very much continuous. The music played and sung in the Leipzig church services when Bach was Cantor (from 1723 until his death in 1750) was not confined to what we would now call baroque. Far from it. Interwoven into the service among Bachs own compositions were chorales and plainsong chants going back one, two and three hundred years in an unbroken tradition.

After Bachs death however, music took on a different style, and, perhaps for the first time in musical development, the older style was considered unfashionable. There was a major break with the past. The break was not complete of course, but it was such that baroque music could be rediscovered a hundred years later as something of a new revelation. Mendelssohn and his sister played Bach regularly in their home, their favorite works being the "48" Preludes and Fugues. And it was Mendelssohn's promotion of the St Matthew Passion in 1829 which marked the first public "revival" of Bach and his music.

This ground-breaking performance was given with a choir of some three or four hundred - certainly not at all as Bach would have known it. But this was not an intentional "romanticization" of Bach; rather it was something of a relief to Mendelssohn personally, and ultimately a triumphant re-birth.

Mendelssohn himself, though personally enthusiastic and dedicated to the revival of the St Matthew Passion, had been very dubious as to its reception by the public; indeed he was equally dubious as to his choirs reception of it. If they didnt like it they would slowly drift away. Would he be left with a choir of four voices by the end of rehearsals?! And would anybody be at the concert to hear it? In fact the opposite was the case. Such was the choirs enjoyment of this work that its numbers swelled with every rehearsal as the word went around. Hence the rather over-large vocal section, which may not have been ideal for a Bach performance, but in the circumstances made Mendelssohn very happy!

Wilfred Blunt gives this account in his detailed and perceptive biography of Mendelssohn:

The choir of the Singakademie, which it had been feared would gradually fade away as rehearsals proceeded, grew ever larger and ever more enthusiastic under Felix's inspired direction: they noticed, too, that he knew the work so intimately that he dispensed with a score; his musical memory was extraordinary.

check out this page