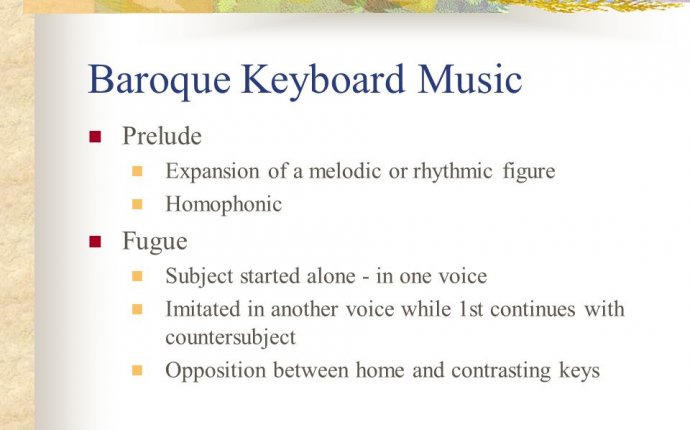 Arts and Humanities Through the Eras
COPYRIGHT 2005 The Gale Group, Inc.

A Music For Professionals.

For much of the Baroque period keyboard instruments like the organ and harpsichord were the preserve of professional musicians. Organs and harpsichords were expensive instruments that were not readily available to many amateurs. The organ was, by and large, an instrument used in churches, while the harpsichord, although sometimes present in the homes of wealthy merchants and city dwellers, figured most prominently in the musical establishments of Europe's courts. Most often, professional keyboard players served as church organists, although some were also employed at court as harpsichordists. In these roles professional keyboard players were expected to accompany singers, other instruments, small ensembles and orchestras, as well as choirs and congregations. These tasks required the keyboard player to be able to improvise chords and basso continuo accompaniment and to be able to provide improvised interludes and preludes during the services of the church. Training on the keyboard thus stressed thorough knowledge of the basso continuo, improvisational techniques, and counterpoint. Printed music for the keyboard was extremely expensive in the Baroque era, more expensive than other kinds of published music since the multiple lines of keyboard music had to be printed by relying on an expensive engraving technique. As a result, most keyboard players kept a personal library of handwritten musical manuscripts that they added to throughout their lives. Many of these pieces they had composed themselves as exercises in improvisational and contrapuntal techniques. Although the keyboard music, particularly the organ music, of the Baroque today ranks as one of the period's most readily recognizable sounds, solo music written for the harpsichord or the organ was rarely performed during the period in public. The thousands of toccatas, fugues, preludes, and inventions that survive were more an intellectual kind of music intended to train organists and harpsichordists in the skills that were necessary for them in their professional capacities.

@Shimane Seemise: FSPE Strategic team will assist with documentation of the exhibition in terms of the list of the artworks on show, prices, images on show.