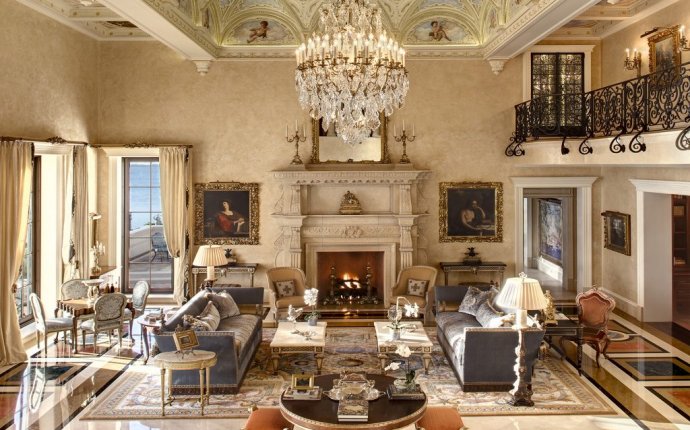 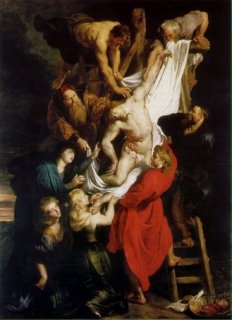 Baroque art was an art period during the 17th century and mid-18th century. Baroque art was characterised with drama, rich colours and chiaroscuro. Chiaroscuro is defined as 'the use of exaggerated light contrasts in order to create the illusion of volume'. Chiaroscuro was a distinct feature of Baroque art. It was used to add depth to the artwork and enhance dramatic feelings towards it. Artworks from the baroque period had a lot of emotion and drama. Baroque artists put a lot of emphasis on the figure's expressions and the appearance of the human body. Baroque artworks also had a lot of energy, tension, and or sense of movement. Artworks produced in this time was highly detailed. Realism was a large part of baroque art. Most, if not all figures found in baroque art looks very realistic and life-like. Realism was very popular during this period. Artworks produced in the Renaissance era was devoted to religion/christianity. Other subject matters include: The Crucifixion, The Ascension, Virgin and Child, angels, and saints. Baroque art expressed religious themes through paintings and sculptures. However it also produced artworks with pagan themes. But both themes displayed power through artworks. Other themes found in baroque art include: martyrdom, death, intense light and intense psychological moments.

The Baroque period occurred in the 17th and 18th century. Throughout this period, art and music was more dramatic and had more emotions in it. Some events that occurred during the baroque era include:
1603-The Death of Queen Elizabeth 1
1610-Ascension of Louis XIII to the French Throne
1618-1648- The Thirty Years War
1626- Discovery of New York
1642- Death of Galileo Galilei
1667- Completion of St Peter's Square
During the Baroque period, christianity was widely spread. More and more followers of Christ were found across the world and Jesus Christ was worshipped by millions of people.

In Baroque art the depictions of Jesus Christ became more dramatic and emotional. A popular image that baroque artists illustrated was the crucifixion and death of Jesus Christ. This was because that this scene from the bible had a sad feeling and the artist could express the emotions that the people present in Jesus' crucifixion and death. Jesus in baroque artworks had more emotions compared to other art periods such as Byzantine and Romanesque. Jesus was mostly depicted with long brown hair, bearded and with a halo. This was the standard image of Jesus Christ for many centuries. Multiple artworks of Jesus showed lots of emotions and the emphasised the facial features in the figures shown in artworks. Artworks of Jesus had a naturalistic style and made him and the people in the artwork look realistic. Lots of colour was used to show emotion. Baroque artists used chiaroscuro to make the painting more dramatic.

The influence of baroque music on man

@Shimane Seemise: FSPE Strategic team will assist with documentation of the exhibition in terms of the list of the artworks on show, prices, images on show.