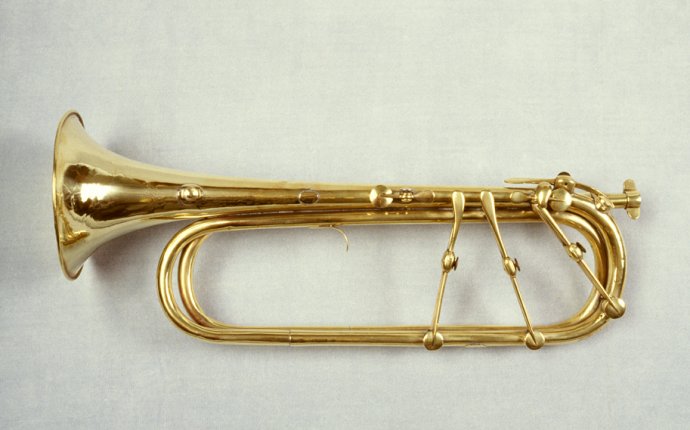 Instruments of the cornett family are in fact hybrids of woodwind and brass instruments, having the toneholes and fingering system of woodwind instruments but the cup mouthpiece of brasswind instruments. Their tone quality, therefore, is a unique blend of woodwind and brasswind properties, very pure and lacking in overtones; it was considered to be the instrument which sounded most like the human voice. It is not at all surprising that these instruments, throughout their long and distinguished history, were used to support unobtrusively the voices in church choirs; the serpent, the contrabass member of this family, survived in this capacity until well into the nineteenth century.

Cornetts were also used in combination with other woodwind and brass instruments in the municipal and military bands of the sixteenth century and seventeenth centuries. The standard five-part mixed band of the renaissance period was a schalmei or soprano shawm, a treble cornett, an alto shawm, a tenor sackbutt, and a bass dulcian; the tower music bands of seventeenth century Germany were composed of two treble cornetts and three sackbutts. The cornetto also was used as a virtuoso solo instrument in Italian early baroque chamber and orchestral music of the early seventeenth century. The smaller cornetts fell into disuse after the turn of the eighteenth century, but the serpent survived another century and a half as a bass voice in the wind bands of the classical and early romantic eras and as an organ substitute for rural church choirs.

Cornetts fall into several categories: the most commonly used were the curved instruments, hollowed out of wood in two halves, glued together, and wrapped with leather. Straight cornetts were also made, turned on a lathe from one piece of wood like all other woodwind instruments of the period. An alternate form of the straight cornett was the mute cornett, which had an integral mouthpiece turned from the end of the instrument rather than a removable mouthpiece and a more covered, quieter tone. While cornetts are traditionally made from wood, some modern makers also produce instruments cast from resin. These instruments are much less expensive than hand-made wooden ones, usually heavier in weight, much more stable in tone and intonation, and waterproof; their tone, however, is much more brassy and ringing than their more subtle and lyrical wooden counterparts.

The history of brass instruments prior to the sixteenth century is largely a matter of conjecture; it is clear that trumpets have existed since ancient times and that trumpets and some primitive slide trumpets, the predecessors of the trombone family, were used during the late middle ages. The later sixteenth and early seventeenth centuries saw the development of an entire family of trombones or sackbutts. The most common four-part ensemble consisted of an alto, two tenors, and a bass, much as did the flute family; the soprano sackbutt was a later addition, and it seems clear that the treble cornett was greatly preferred to the soprano sackbutt, providing as it did better tone quality and technical facility.

While some writers have asserted that renaissance trombones had wider bores and later instruments had narrower bores, an examination of surviving instruments has shown that both wide and narrow bore instruments, particularly tenor sizes, existed in this period; moreover, both flat and rounded slide braces were found on renaissance sackbutts as well. The distinguishing characteristic of renaissance trombones and trumpets was the construction of the bell branch, which had a longer and less-pronounced taper terminating in a smaller, thicker bell. This gave the instrument a warmer, more covered, vocal, blending quality which made the instrument, like the cornetts and the bass dulcian, highly useful in both choral and purely instrumental contexts.

During the third quarter of the seventeenth century, major modifications were made by German brass makers, primarily in Nuremberg, in the construction of both trumpets and trombones; these alteration were a striking parallel to similar changes in woodwind instrument design by Parisian makers. The emerging baroque tonal esthetic for brighter, more assertive and individualistic-sounding instruments resulted in a redesign of the bell branches on brass instruments, with the taper starting later but progressing much more rapidly and terminating in a larger, thinner bell with much greater flare. These trumpets and trombones have a much brighter, more ringing and brassy tone quality, and were a most significant step in the evolution of our modern brass instruments. The parallel development in both trumpets and trombones was particularly interesting in view of the fact that trumpets and trombones were, during this period, never used together; the sackbutts were used with cornetts and other wind instruments, the trumpets were played by an elite class of musicians and used only by themselves and with kettledrums.

The literature for the earlier trumpets is quite limited, but the introduction of the newer baroque trumpets occasioned the writing of a substantial body of brilliant solo sonatas and concerti, first by Italian and English composers and, after the turn of the eighteenth century by German composers as well. The entry of the trombones into the orchestra was far less spectacular; they rode in on the coattails of the choir, simply doubling voice parts. Only later in the classical period did they find independent use which, however, still reflected their earlier chordal, choral associations as late as Bruckner and Brahms.

The natural horn saw limited use as a clarino solo instrument during the late baroque era but came into its own in the classical period with the evolution of handhorn technique, which permitted a fully chromatic range and a wide variety of tonal variation as well. Baroque and earlier classical horns changed their pitch by the addition of crooks and tuning bits to the end of the instrument, whereas later invention horns had a fixed leadpipe and changed pitch by the insertion of crooks into the middle of the tubing.